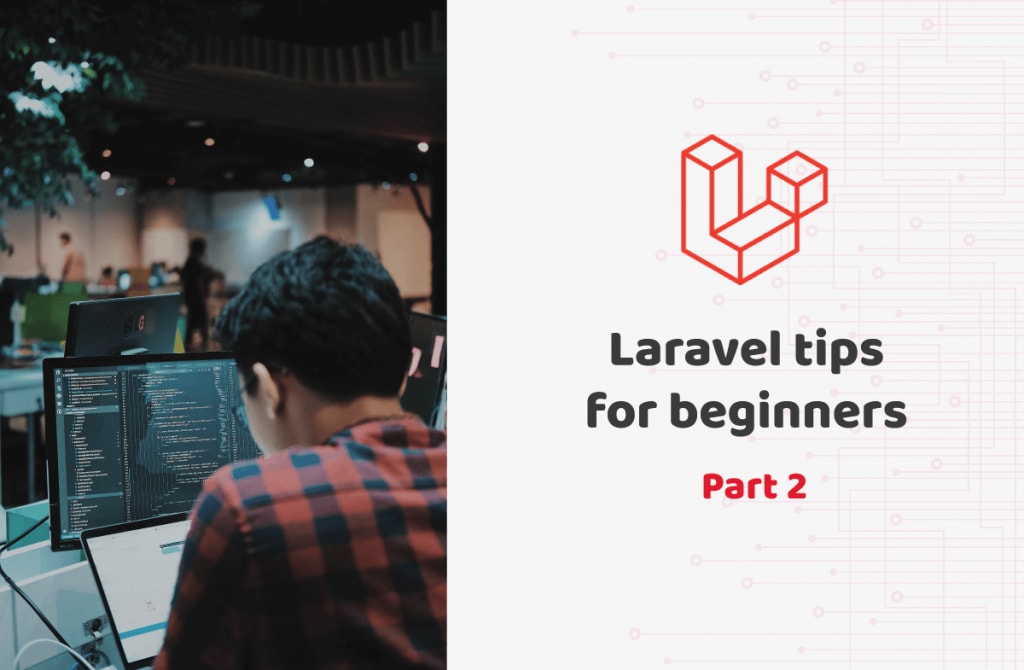 Laravel is a powerful open-source MVC framework for PHP to build web applications. The Laravel framework (which is built with Symphony) was first released in February 2012 by Taylor Otwell, who is still maintaining it till this day. Laravel helps developers not “reinvent the wheel” by including commonly used tasks like authentication, routing, database interaction, and more.

In the previous Laravel article, we covered the basics of the Model–View–Controller (MVC) framework which Laravel is empowered with. We went through the Laravel lifecycle, and learned about Laravel’s Eloquent ORM namespacing.

In this article, we’ll cover the route model binding in Laravel framework, how to change and customize authentication user details, and how to fake PATCH and DELETE requests on form submission.

Laravel offers an easy and convenient way to inject model IDs to specific routes and retrieve the corresponding model instance that matches the given model ID.

In order to bind the model instance to a column other than ID which is set by default as mentioned above then you refer back to your model class which in our case it is located in App/Item.php 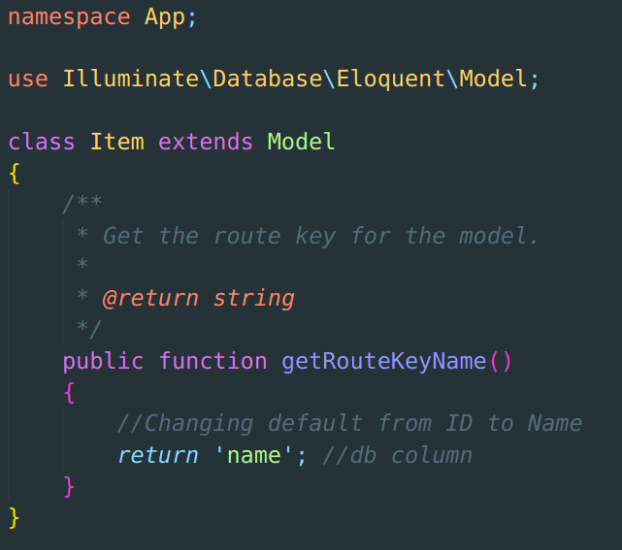 Laravel provides a quick and easy way to create authentication for your app it is a simple as typing: $ PHP artisan make: auth in your terminal which will allow Laravel to create all the appropriate routes, controllers, models and migrations needed; however, most of the time you need to customize it by adding or removing some fields or tweak existing ones here we will go through the process of adding a phone number to our user. First Let’s start a migration.
$ PHP artisan make:migration –table=users add_phone_to_users
We added the option –table=users to update our existing table “users”. Navigate to our database/migrations directory and add your new column.

And finally, run your migration.
$ PHP artisan migrate
Now that we have added a phone column to our database all we need to do is add our new column to the fillable array (which allows for mass assignment) in the model class.

Finally, add that that column to our RegisterController in the validator and create methods and in the register view form resources/views/auth/register.blade.php 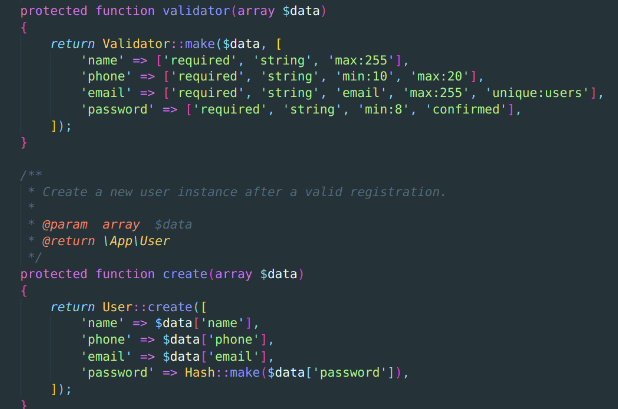 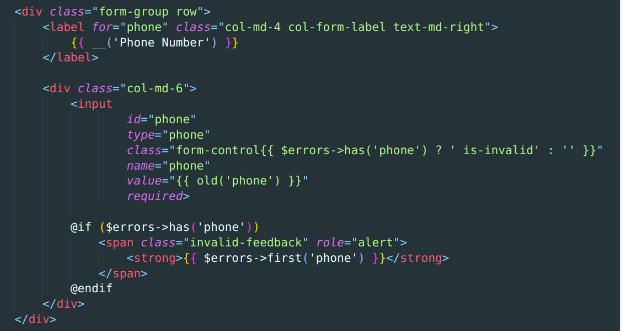 Following the RESTful approach, you will need to send PATCH and DELETE Requests which is not supported in browsers so using the HTML attribute of method=”PATCH” will not be interpreted by the browser and it will be set back to the default GET method so a good workaround this that Laravel provides is making the form method to be set as POST and in the very first line after the form tag, we add the helper function method_field(‘PATCH’) which add a hidden field that will be interpreted by Laravel as a PATCH request and will route accordingly.

Finally, the output of method_field(‘PATCH’) will be finally rendered on the browser will be something like this. (Same works for DELETE Requests)

In the next Laravel article, we’ll cover the all naming conventions for routes, Eloquent, and model names. 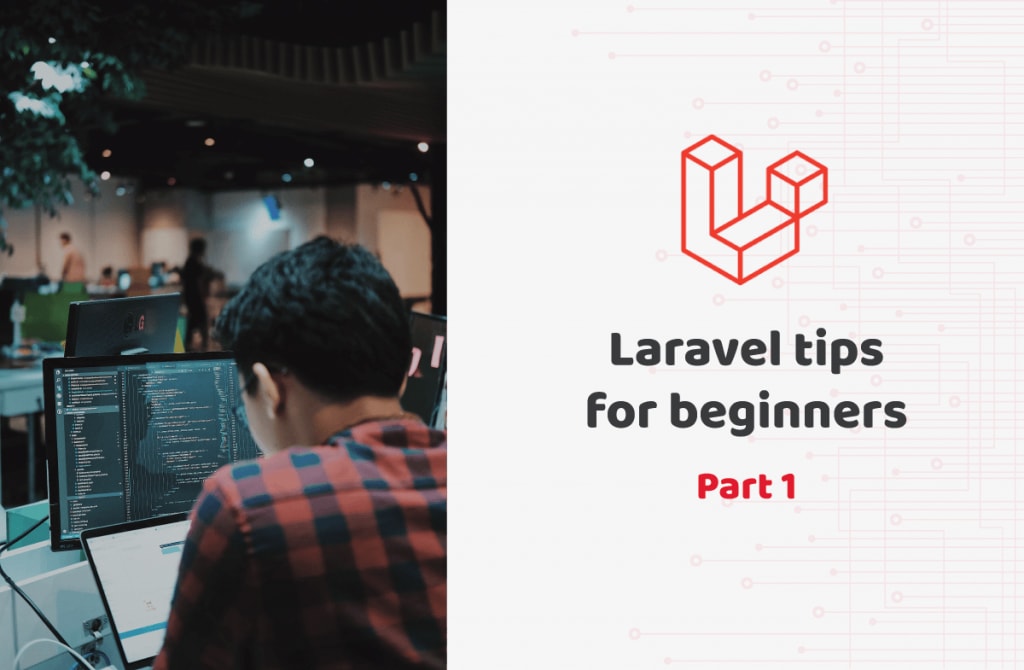